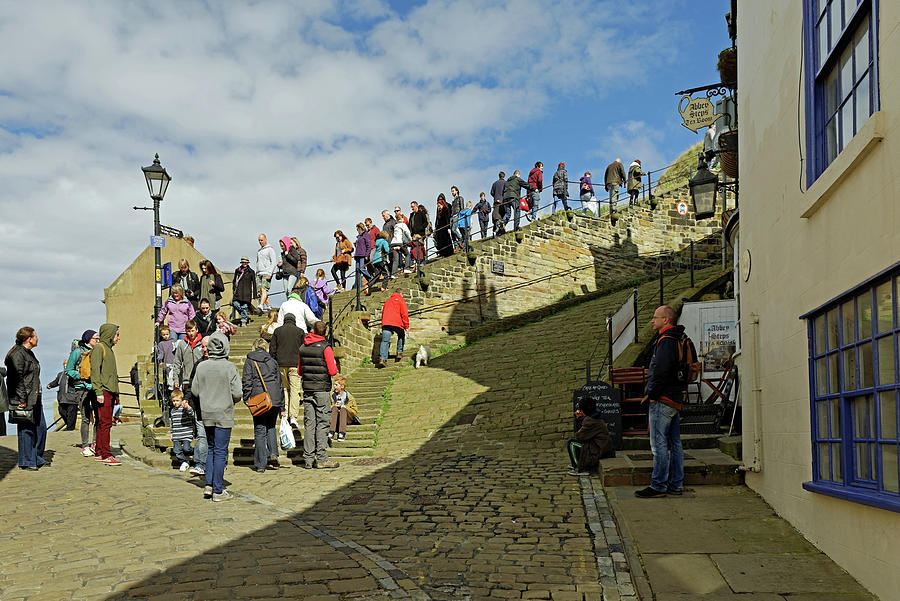 Congestion On The Steps, Whitby

Congestion On The Steps, Whitby

A congested scene at the bottom of the famous 199 Steps in Whitby, North Yorkshire, England.

The steps lead from Church Street at the bottom to St Mary's Church and Whitby Abbey, which are both situated high on the East Cliff. The 199 Steps attract visitors from all over the World, so scenes like this with lots of people walking up or down, are quite common.

Alongside this landmark is a very steep footpath called Caedmon's Trod which is an alternative to the steps, but that appears to be much less appealing.