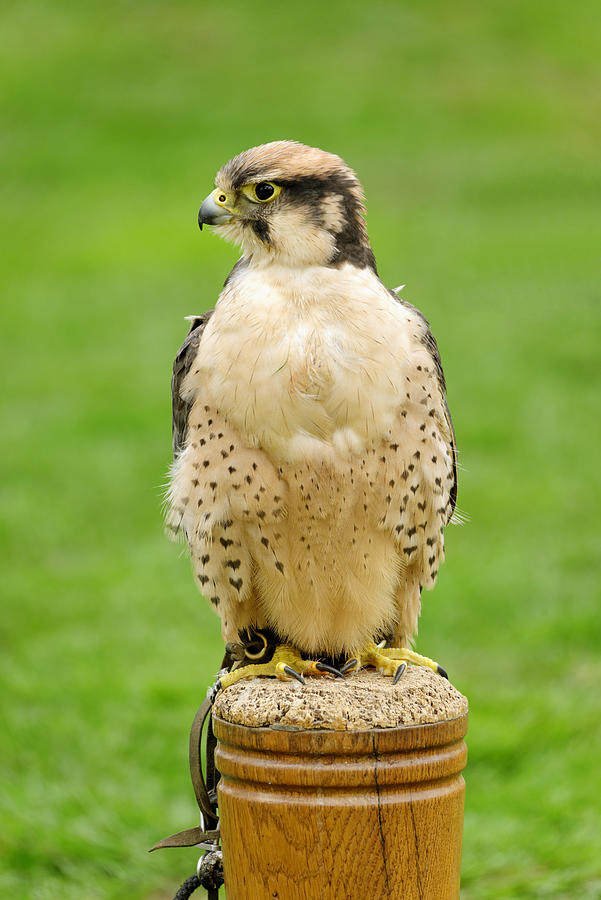 A close-up photo of a trained Lanna Falcon (Falco biarmicus), at the International Centre for Birds of Prey, Duncombe Park, Helmsley, in North Yorkshire, England.

The lanner falcon is a bird which prefers the open countryside; it hunts by horizontal pursuit and takes mainly small bird prey in flight. This powerful bird of prey can be found as far north as the central and eastern Mediterranean and throughout most of Africa. It feeds on birds ranging in size from larks up to the size of ducks and guinea fowl, sometimes domestic poultry and even other falcons. It will also take small mammals, rodents, bats, insects, occasionally carrion and even spiders and scorpions in deserts.

Thank you so much for your kind comment, Joni.

Thank you very much Khalid.

Congratulations Rod, your work is Featured in "A Birding Group - Wings"!