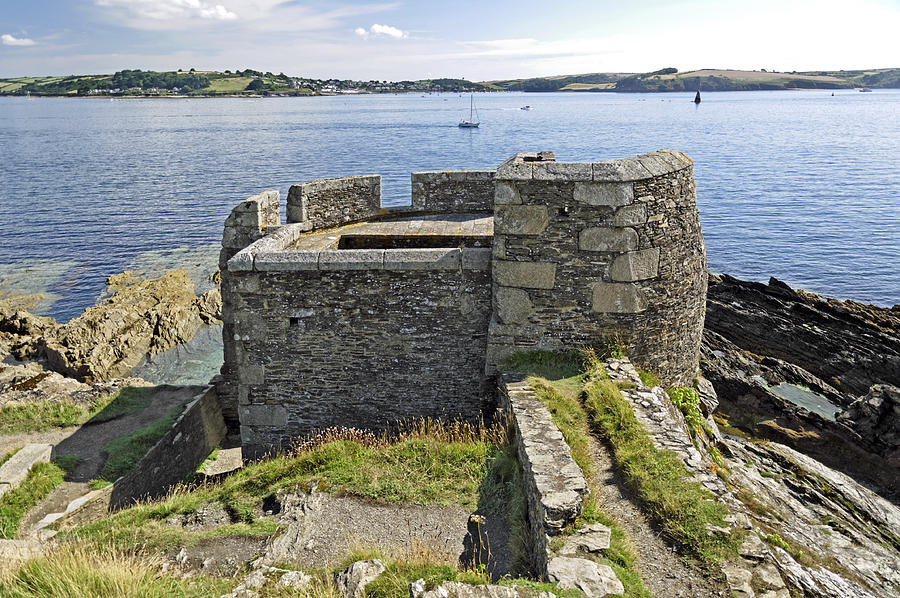 The Little Dennis Blockhouse, near Pendennis Point at Falmouth in Cornwall, England. This D-shaped blockhouse, or gun tower, was constructed around 1538-1539 and together with a similar one on the opposite headland at St Mawes, formed the earliest defence of the Fal Estuary. The sea lanes in the estuary known as the Carrick Roads were of strategic importance and needed to be protected against the threat of invasion from France and Spain. The blockhouses, which had cannons mounted at several gun ports, were an interim defence measure ordered by Henry VIII, while the building of castles at Pendennis and St Mawes was being completed.