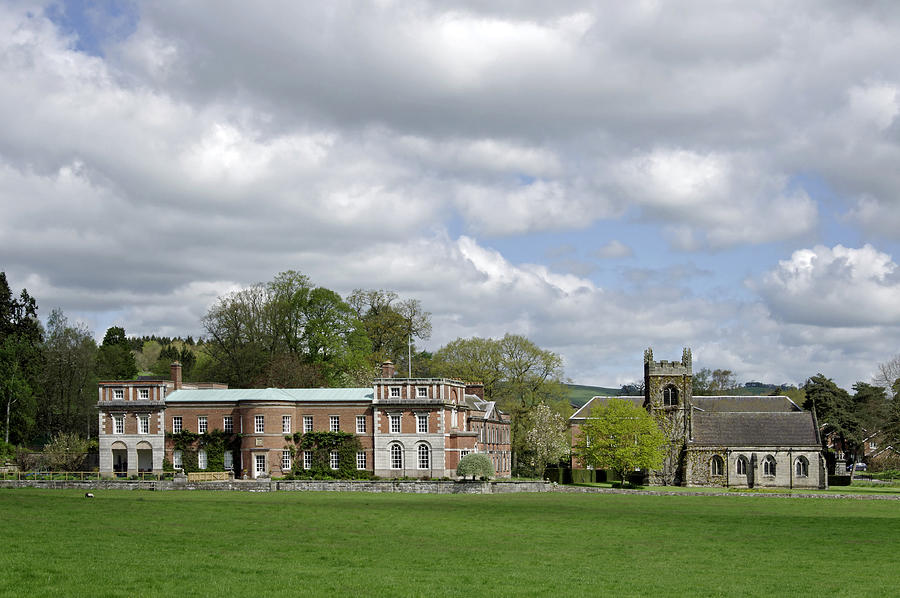 Okeover Hall and the manor church, situated in Staffordshire close to the county boundary and near to the Derbyshire village of Mapleton, in England. Okeover Hall is a privately owned country house, which is home to the Okeover family. The house and church originate from the 14th century; later restored, the oldest part of the house now dates from 1745-6 and the buildings are Grade II listed. This scene was captured from a public footpath which crosses Okeover Park.