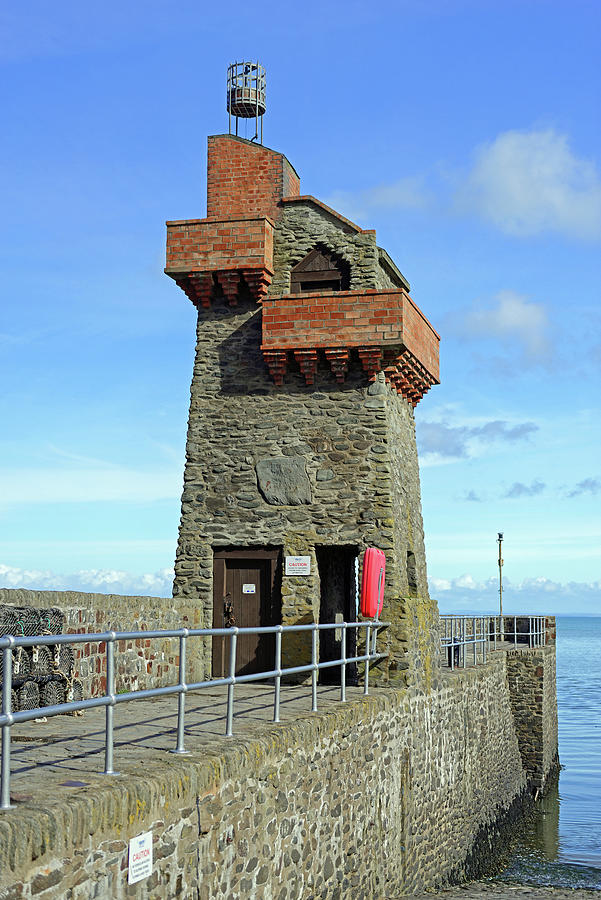 The Rhenish Tower and quay at Lynmouth in North Devon, England. The original tower was built in the 1850s by General Rawdon, for the purpose of storing water to supply his house with sea baths. That tower was destroyed during the Lynmouth Flood of 15th - 16th August 1952. Later, in April 1954 a replacement was built to replicate the original tower. This is now a Grade II listed building and a historic landmark for the village of Lynmouth. The relevant years are inscribed on a stone attached to the tower.