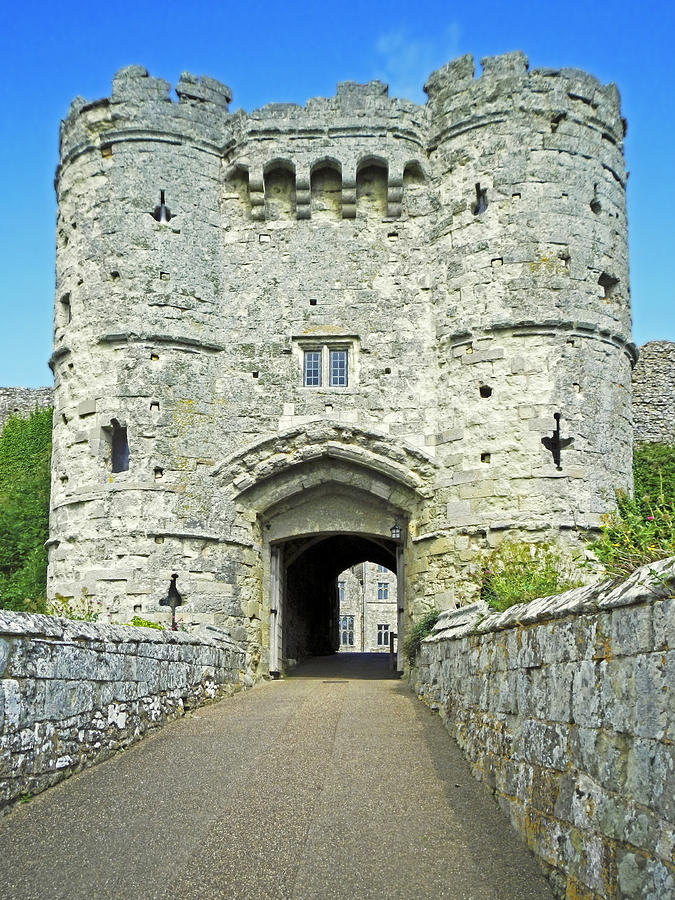 The Gatehouse to Carisbrooke Castle at Carisbrooke, Isle of Wight, England. The medieval stone Gatehouse has been the main entrance to the castle for the last 900 years. It was well fortified with two cylindrical drum towers, gun ports and machicolations, and below the bridge are a bank and a ditch.

The first gatehouse was built in about 1100 and would have been constructed of timber. This had been replaced by a stone gatehouse with a drawbridge, by 1136. Further changes were made in 1272, 1336, 1380 and 1470. The castle is now in the care of English Heritage.