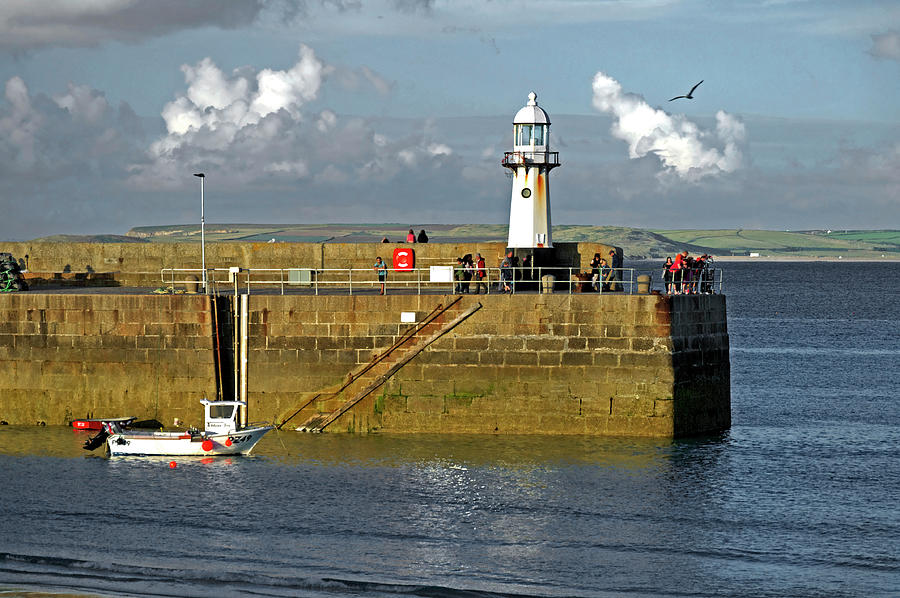 An evening view of Smeaton's Pier and the harbour lighthouse at St Ives in Cornwall, England. The pier which was named after its architect John Smeaton, was constructed between 1767 and 1770 by Thomas Richardson.

In 1890, the pier was extended by a further 300 ft. which called for a new lighthouse to be built because the old lighthouse was then no longer at the end of the pier. The newer black and white painted cast iron lighthouse was manufactured by Stother and Pitt Ltd. in Bath, from a prefabricated design. The erection of this 32 ft. high lighthouse was also completed in 1890. Then following the success of this design, an identical lighthouse was built on the south breakwater at Mevagissey six years later.